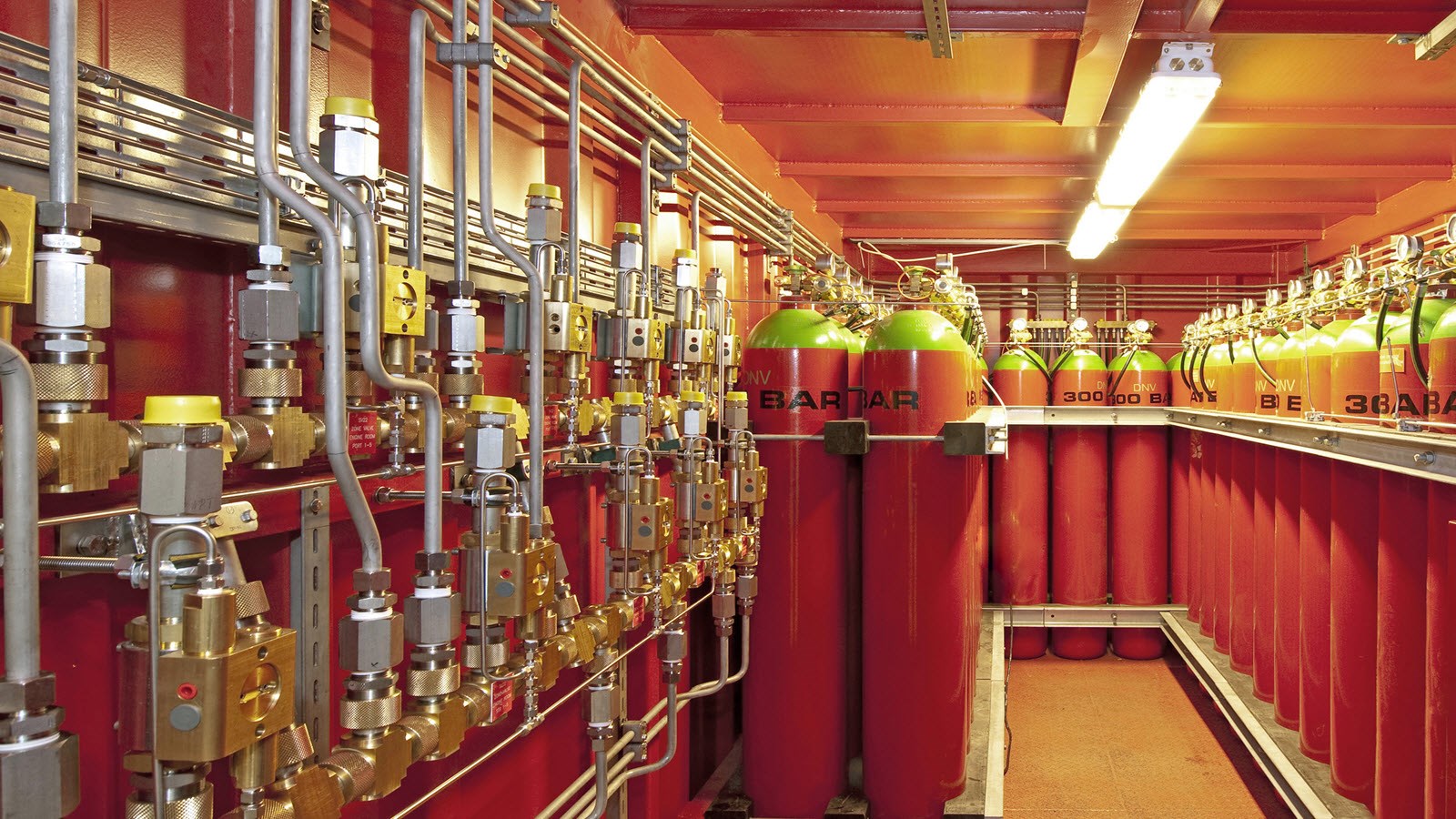 The Inergen® system is a fire extinguishing solution for enclosed spaces.

Extinguishing fires in enclosed spaces requires solutions that can be deployed quickly and effectively with minimal risk to the crew, the equipment and the environment. The Inergen® system is a fire extinguishing system for enclosed spaces. Inergen® is a clean agent consisting of atmospheric gases and can be applied on merchant marine and offshore structures. Inergen® extin-
guishes the fire by reducing the oxygen level in the protected space without compromising people’s health and safety. 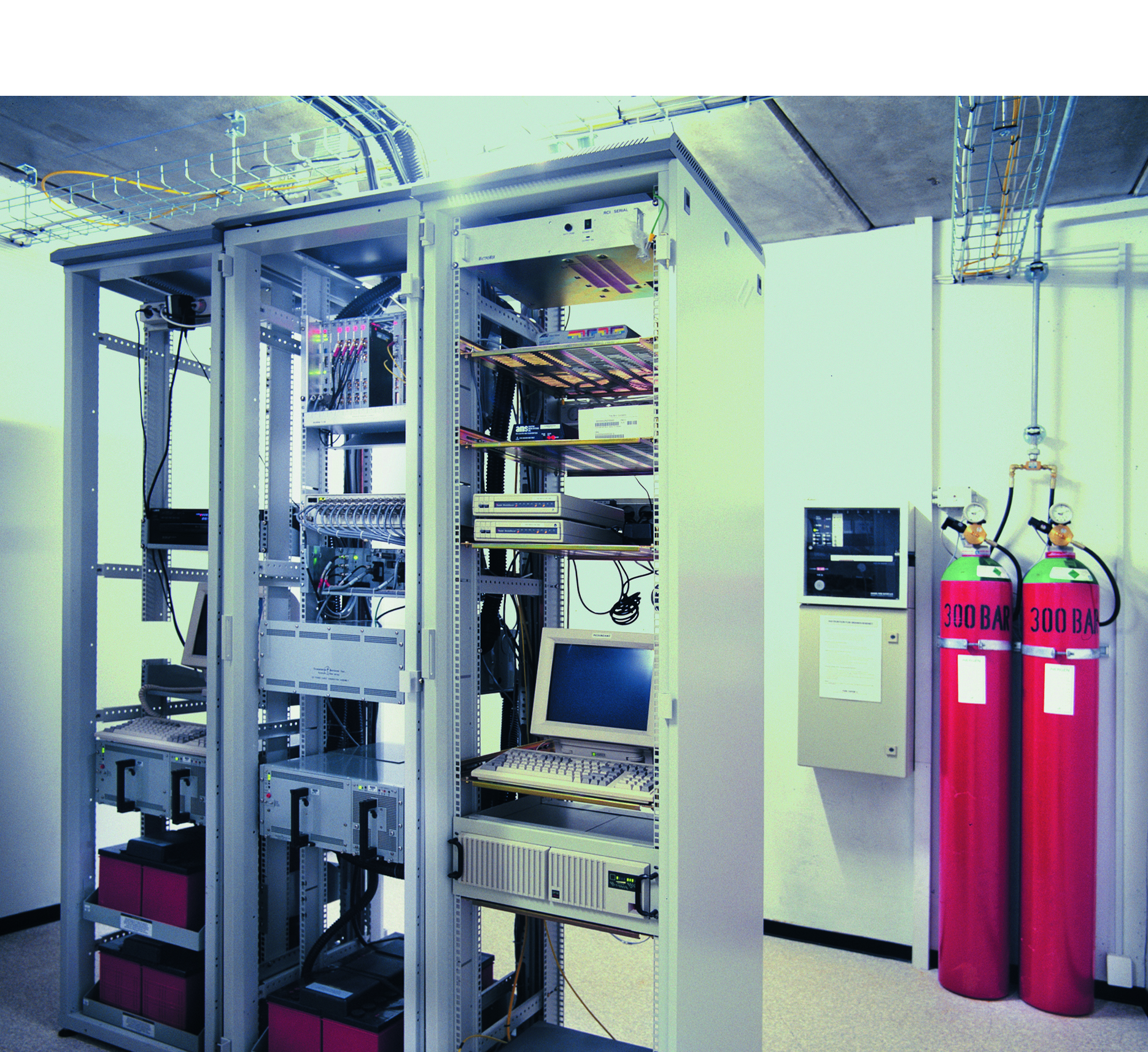 The Inergen® clean agent is stored in steel cylinders with sizes up to 80 litres and 300 bar depending on the volume of the protected space(s).
The cylinders are mounted on a supporting rack inside or outside the protected space. In a multiple system, the cylinders are connected by hoses to a manifold for common distribution and discharge of the gas. The system can be released electrically or pneumatically. When the gas is released from the cylinders it passes through the nozzles which control the discharge time of the system.
The system can be installed with a common cylinder bank, a distribution manifold and valves which make it possible to protect multiple areas with one cylinder bank.

The extinguishing principle that Inergen® uses is called oxygen displacement.
The goal of oxygen displacement is to reduce the oxygen level in a room to suffocate the fire. In the atmosphere, there is approximately 21% oxygen. The level of oxygen needed to sustain a fire varies depending on what it is that is burning, but a level below 14% oxygen will extinguish any fire in normal machinery spaces.
Inergen® systems are typically designed to reduce the oxygen level to 12%. That will extinguish the fire and at the same time be well above the level where people can breathe in the room.
The reduction of oxygen has a 3D extinguishing effect, which means that even “hidden” fires are quickly and effectively extinguished. The limited oxygen level also prevents re-ignition of the fire while cooling the room. 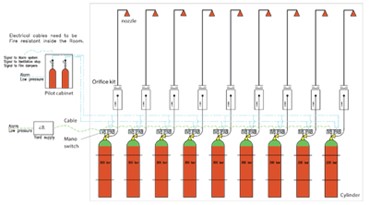 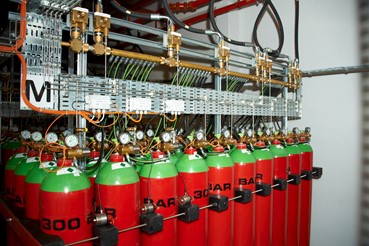 The Inergen® system can be applied on merchant marine and offshore structures as its design is in accordance to SOLAS and IMO MODU Code. It is tested according to the IMO test standards and has approvals from Classification Societies, UL, FM as well as other national authorities around the world.
It is approved according to NFPA 2001 as a Halon gas alternative and is listed as a clean agent. 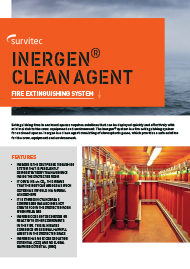