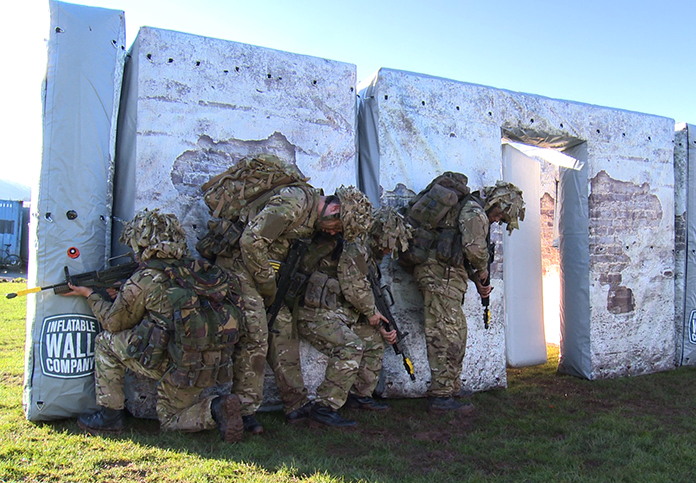 Survitec displays a complete shoot house set up at the Marine Corps Base at Quantico as part of the flagship tactical equipment exhibition in the US.

Modern Day Marine is co-sponsored by Marine Corps Base Quantico, where the exhibition is located. MCB Quantico, home to the Combat Development Command and Marine Corps Systems Command, is responsible for setting requirements and developing and purchasing the equipment and systems that the Marine Corps will rely on in the years to come.

The exhibition acts as a portal into the tactical equipment industry’s latest and greatest offerings. Survitec Group, partnering with Inflatable Wall Company used this opportunity to construct a complete active shooter environment using the IWC Inflatable Walls. The Inflatable Walls system gives its users the ability to create an immersive and realistic CQB training scenario. The system is designed and constructed to the highest standards, suitable for leading tactical operators such as Special Operations Forces, Marine Corps, Tactical SWAT and Law Enforcement.

Speaking at the event, Scott Williams, Survitec US SOCOM & Law Enforcement Business Development Director highlighted the system’s simplistic and scalable nature, “What you have here is a sturdy blow up wall system. It can be multiple rooms, we’ve done single rooms all up the way up to 15-20 rooms”.

Mr Williams continued, “You can put a target up to mimic anything you want. We marry that up in a complete solution with Simunition, as our weapons system. We guarantee the walls for 5 years with Simunition”.

Referring to the compete shoot house capability presented by Survitec, Mr Williams stated, “We back that up with the Fitlight system, which is an active computer targeting system, completely programmable for situational awareness target acquisition”.

“A total solution, we set up the walls, the targets and the capability to take this where you need it to go” Mr Williams concluded.

Watch the full interview below 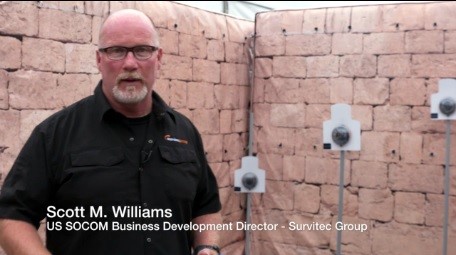 Click here to learn more about the Professional Range of Inflatable Walls, or visit www.inflatablewallcompany.com 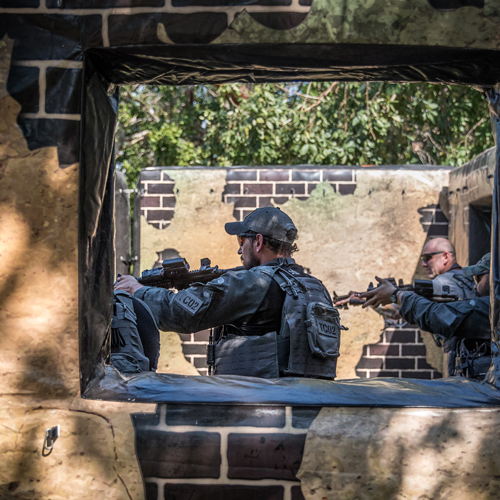